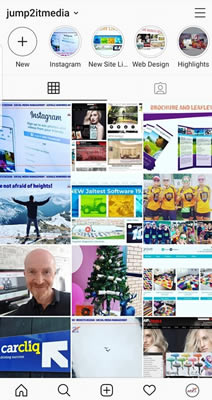 It has been confirmed that Instagram is currently developing a brand new messaging app called Threads that will focus on fostering “constant, intimate” connections between its users, according to recent reports.

If officially launched, the Threads app will enable users to share their location, speed and even battery life with their “closest friends” on Instagram.

For those who aren’t already aware, Instagram is owned by social media giants Facebook, and the new app would see it join the likes of WhatsApp and Messenger within their ever-growing portfolio of social platforms.

At the beginning of 2019, Facebook announced that it was looking to integrate the various messaging platforms across all of its apps to create the “best messaging experiences”, although it has not yet been confirmed whether this would include Treads at this stage.

According to the original report by The Verge, users will be able to opt into automatic sharing which would see “Threads regularly update your status, giving your friends a real-time view of information about your location, speed and more. You can also update your status manually, with statuses appearing in the main feed along with messages.”

No official comment has yet been made by Instagram, but do you like the sound of Threads or do we really need to know whether the battery life for our friends is running low? Let us know via our social media pages.

Elon Musk – the world’s richest man – has agreed a deal to buy Twitter for a huge $44bn, around £35bn, subject to shareholder’s approval. As you would expect, this has resulted in the Twitter world exploding with various thoughts on the first changes that he is likely to oversee. Of course, none of us END_OF_DOCUMENT_TOKEN_TO_BE_REPLACED

A new year often brings plenty of changes to our individual lives but aiming to do better from a business perspective is also vital to many of us that run our own businesses. This can relate to anything from becoming more environmentally friendly to taking on new staff members but, of course, the most common END_OF_DOCUMENT_TOKEN_TO_BE_REPLACED

How the Apple iOS 14 Update May Affect Facebook Ads

Apple recently announced that the iOS 14 update will directly impact how Facebook is able to receive and process conversion events from the social media giant’s various management and tracking tools, including Facebook Pixel. The end-users that will be affected by the changes include those who optimise, target and report on web conversion events across END_OF_DOCUMENT_TOKEN_TO_BE_REPLACED